'Miri’ is the fifth album by Malian ngoni maestro Bassekou Kouyate and the follow- up to the acclaimed ‘Ba Power’ (2015) which saw a more electric approach, complete with distortion and wah wah pedal (as Mojo magazine says “in Kouyaté’s hands, the little lute, with its skin made from the head of a cow, becomes every bit as thuggish as a distorted Les Paul.”).  The sound on this new album is more rootsy and reconnects to the beginnings of Bassekou's solo career and his celebrated debut album ‘Segu Blue’ (2007). ‘Miri’ (“dream” or “contemplation” in the Bamana language) sees Bassekou in a somber, contemplative mood, reflecting about life, love, friendship, family and his country in a time of crisis. Mali’s problems are plentiful: egoism in politics, Islamists, tensions between nomads and cultivators and climate change (including the Niger river drying up). As always there is the intricate sound of Bassekou’s virtuoso ngoni playing – and, ever the innovator of the ngoni, one of the album’s stand out tracks, “Wele ni” sees him playing slide ngoni with a bottleneck.
Guests include Habib Koite, Afel Bocoum, Abdoulaye Diabate and Michael League (Snarky Puppy, Bokante) amongst others. 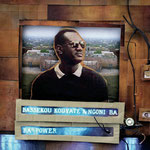 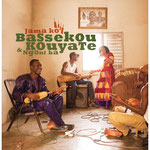 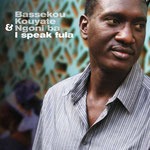 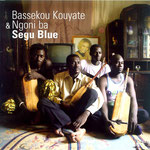